Perhaps the last remaining tie that the Miami Marlins have to the Jeffrey Loria era has vanished.

The millionaire art dealer and then-team owner incorporated some of his unusual design ideas into the construction of Marlins Park, which opened in 2012. Among them, the widely panned “home run sculpture” in left-center field and a pair of fish tanks behind home plate.

After Loria sold the team to a group fronted by Bruce Sherman and CEO Derek Jeter, the Marlins have changed the team’s colors and uniforms, done away with the sculpture and now, have removed the fish tanks.

The fish tanks were on either side of home plate, near the on-deck circles. One tank held more than 600 gallons of water, the other held more than 450, and they were protected by glass that was supposedly bulletproof.

But as it turned out, not exactly baseball-proof.

Perhaps the most famous moment in fish tank lore came during the 2017 season, when then-Marlins catcher J.T. Realmuto fouled off a pitch that cracked the protective glass in front of the tank. 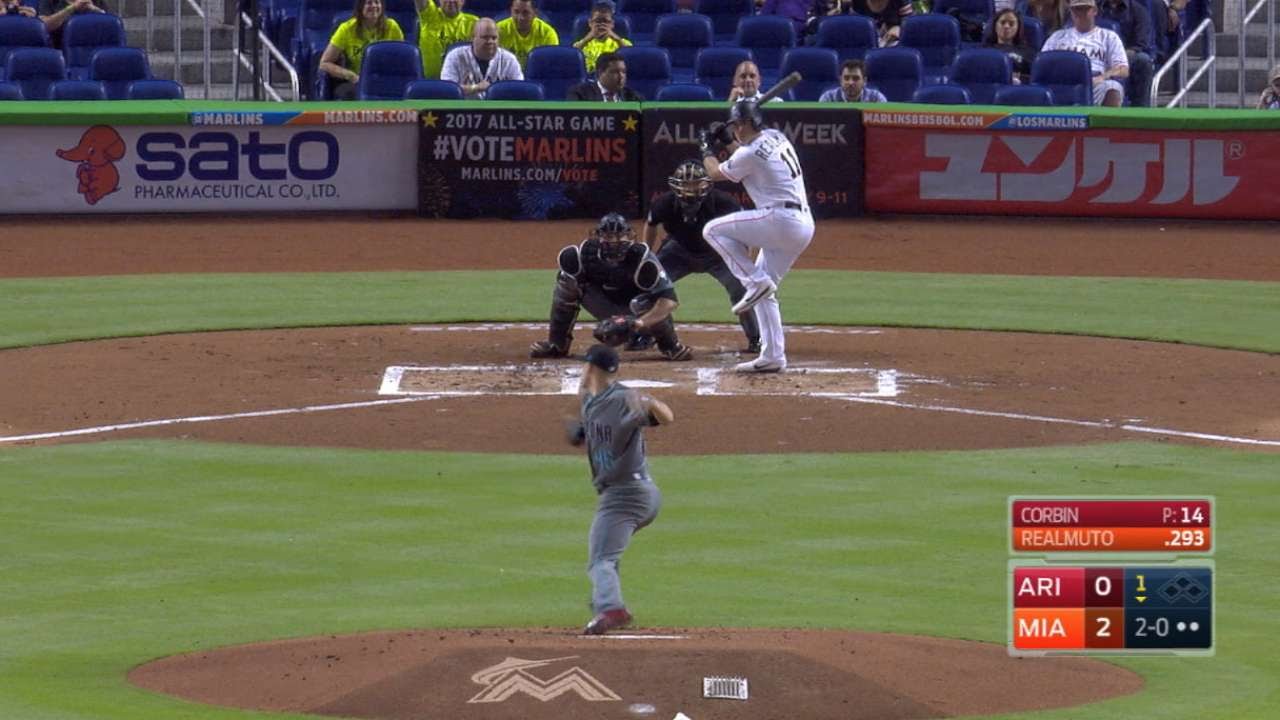 Fortunately, the grounds crew was able to repair the damage quickly with — what else? — a little duct tape, and the game was able to continue.

This season, however, that won’t be a problem. While the Marlins remain, the other fish will have a new home.

This website uses cookies to improve your experience while you navigate through the website. Out of these cookies, the cookies that are categorized as necessary are stored on your browser as they are essential for the working of basic functionalities of the website. We also use third-party cookies that help us analyze and understand how you use this website. These cookies will be stored in your browser only with your consent. You also have the option to opt-out of these cookies. But opting out of some of these cookies may have an effect on your browsing experience.
Necessary Always Enabled
Necessary cookies are absolutely essential for the website to function properly. This category only includes cookies that ensures basic functionalities and security features of the website. These cookies do not store any personal information.
Non-necessary
Any cookies that may not be particularly necessary for the website to function and is used specifically to collect user personal data via analytics, ads, other embedded contents are termed as non-necessary cookies. It is mandatory to procure user consent prior to running these cookies on your website.
SAVE & ACCEPT